From wildfires in California and hurricanes in Texas to floods in West Virginia, hardly any area of the U.S. is immune from the threat of natural disasters. And according to a report released by the government regarding climate change and its impact, it’s only going to get worse. Despite this threat, many homeowners still lack the insurance needed to protect their property and possessions from such catastrophes.

In fact, roughly two-thirds of all homeowners are underinsured for natural disasters, according to United Policyholders (UP), a nonprofit organization for insurance consumers. One contributing factor to this lack of coverage is the mistaken belief that homeowners insurance offers protection from such calamities. In reality, natural disasters are typically not covered by standard homeowners policies.

In order to obtain protection, you often need to purchase separate policies that cover specific types of natural disasters. Here, we’ve highlighted the types of insurance coverage available and how the policies work.

While homeowners insurance typically doesn’t pay for damage caused by natural disasters, most policies do protect against fire damage, including wildfires like the recent ones in California. The only instances of fire damage homeowners policies won’t cover are fires caused by arson or when fire destroys a home that’s been vacant for at least 30 days when the fire occurred.

That said, not all homeowners policies are created equal, so you should check your policy to make certain that it includes enough coverage to do three things: replace your home’s structure, replace your belongings, and cover your living expenses while your home is being repaired, known as “loss of use” coverage.

In certain areas that are extremely high-risk for wildfires, it  can be be difficult to find a company to insure your home. In such cases, you should look into state-sponsored fire insurance like California’s FAIR Plan.

Unlike fires, earthquakes are typically not covered by homeowners policies. To protect your home against quakes, you’ll need a freestanding earthquake insurance policy. And contrary to popular belief, Californians aren’t the only ones who should be worried.

Most parts of the U.S. are at some risk for earthquakes. Indeed, the U.S. Geological Survey found that between the 20 years from 1975 to 1995 earthquakes occured in every state except Florida, Iowa, North Dakota, and Wisconsin. To gauge the risk in your area, consult with the Federal Emergency Management Agency’s (FEMA) earthquake hazard map.

While earthquake insurance is available practically everywhere, policies in high-risk areas typically come with high deductibles, ranging from 10% to 15% of the home’s value. What’s more, though earthquake insurance covers damage directly caused by the quake, some related damages such as flooding are likely not covered. Carefully review your policy to see what’s included—and what’s not.

The threat from flooding is so widespread, Congress created the National Flood Insurance Program (NFIP) in 1968, which allows homeowners in flood-prone areas to purchase flood insurance backed by the U.S. government. In some coastal regions, especially where hurricanes are prevalent, you might even be required to buy flood insurance. To determine the risk for your property, consult FEMA’s Flood Map service center.

Even if you live in a location where flood insurance isn’t required, you may want to consider buying it anyway. Indeed, 90% of all natural disasters include some form of flooding, and more than 20% of flood-damage claims come from properties outside high-risk flood zones.

Most homeowners policies do offer coverage for wind-related damage. However, it depends on the type of storm that caused the damage. For example, wind damage from tornadoes and even some tropical storms is typically covered, but wind damage from hurricanes generally requires a separate windstorm policy, or in some cases, a hurricane rider.

Because damage from hurricanes is often measured in the billions, these windstorm policies usually have higher deductibles that are often based on a percentage of your home’s value, instead of a fixed dollar amount. Some policies also come with a cap on coverage, so be sure to review exactly what type and amount of coverage your policy offers.

Of course, high winds aren’t the only threat posed by hurricanes. Such tropical systems can also cause severe flooding, which is frequently the storm’s most damaging element. But as mentioned before, whether it’s caused by a hurricane or a tornado, flooding is not generally covered by homeowners insurance. For flood protection, you’ll need to purchase a separate flood insurance policy through the NFIP.

Get the disaster coverage you need today

To make certain you have the necessary insurance coverage to protect your home and belongings from natural disasters, consult with us. We’ll help evaluate the specific risks for your area, assess the value of your assets, and support you to determine the optimal levels of insurance you should have in place.

​Proper estate planning can keep your family out of conflict, out of court, and out of the public eye. If you’re ready to create a comprehensive estate plan, contact us to schedule your Family Wealth Planning Session. Even if you already have a plan in place, we will review it and help you bring it up to date to avoid heartache for your family. Schedule online today.

How Will A Recession Affect Your Family?

How Will A Recession Affect Your Family? 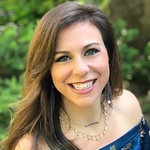 Thanks for your interest. I know you have a lot of options when it comes to legal planning. The Law Offices of Laura Croft, Esq. has been the trusted partner of the San Mateo area residents. I look forward to meeting with you. Schedule today!